What is a ground drill?

An earth auger, floor auger, or post-drill is a drilling tool or machine used to drill holes in the ground. It usually consists of a rotating vertical metal rod or pipe with one or more blades attached to its lower end for cutting or scraping the soil.

Who invented the earth auger?

Who invented the earth auger?

Metal augers have been used to drill holes in wood since the Middle Ages. In the 19th century, hand bulldozers became a common farm and construction tool in the United States, and several inventors patented them. One example is the design of M. Hubby of Maysfield, Texas, which consisted of an open hollow cylinder with two blades on the bottom edge.

In 1943, John Habluetzel, a Kansas farmer, built the first known powered earth auger using parts removed from other equipment, including the 7-inch auger blade of the auger separator. It was attached to a tractor and could be operated by the driver from his seat. It dug a hole 2.5 feet deep every minute. john Habluetzel's invention appeared in the 35th Biennial Report of the Kansas Board of Agriculture. He continued to dig holes for other farmers for 10 cents per hole, a side business he ran well in the 1950s. in 1999, he donated his invention to the Kansas History Museum. 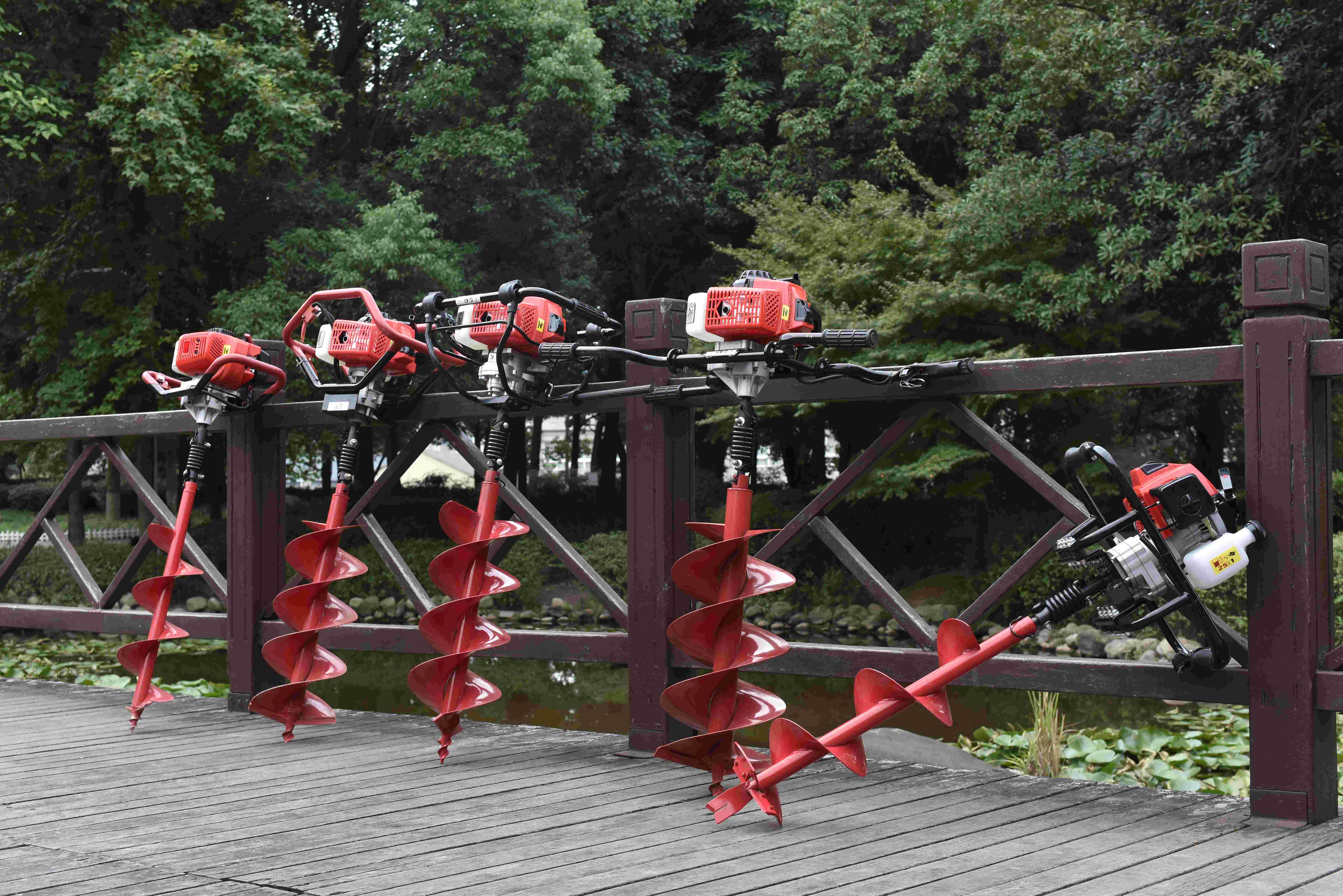 Classification from the arrangement of the blades. The most common auger design has an auger blade (propeller) wrapped around the lower part of the shaft. The lower edge of the auger blade scrapes off the soil at the bottom of the hole, and the rest of the blade acts as a screw conveyor, lifting the loose soil to one side. When the hole reaches the desired depth and the tool is pulled out, the spiral blades scoop out the remaining loose dirt. The end of the rod may protrude from a pointed point below the spiral blade. Its purpose is to push the dirt located below the rod to the side, making it easier for the blade to pick it up. It also helps prevent the auger from deflecting to one side, thus keeping the hole straight. The lower edge of the auger blade may also have teeth.

Another type of earth auger has two vertical blades instead of auger screws. Instead of scraping the soil off the bottom of the hole, this type of auger cuts a cylindrical plug out of the hole which is held in place by friction between the two blades. The auger must then be pulled out and emptied every foot or so. This type of operation may require less force, but may only be applicable to certain types of soil.

The earth auger can be manually driven by the "T" shaped horizontal handle at the top of the rod. The earth auger can also be powered by an electric motor or internal combustion engine, or by a tractor or other vehicle through a power output device.

Zhejiang Hengyue Machinery Co., Ltd strictly controls the quality of all spare parts and every step in all production plants. We inspect and test all parts, even some spare parts produced by professional machines. Meanwhile, each gearbox must be tested with special testing equipment. We insist on providing high-quality products. If you are interested in our products and would like to get detailed information about them, please feel free to contact us!